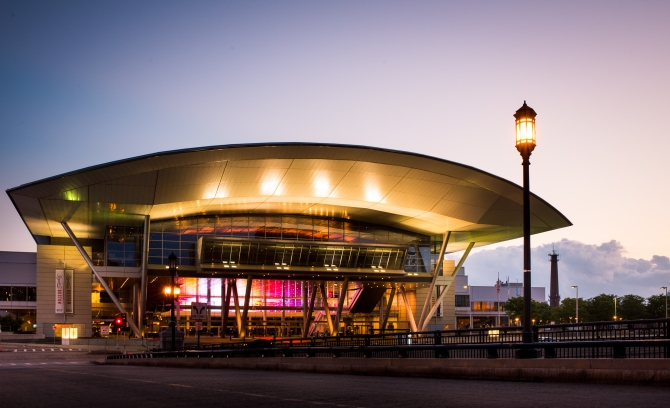 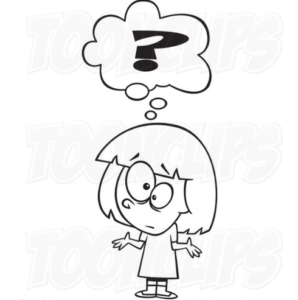 I am back to share more thoughts with all of you. Now that I have been at Jcal for about two months I have learned a good deal about the company, but I still find myself intrigued about the space. The Jcal offices are located in the BCEC. What is that? Yes, I had the same thoughts upon starting my job here. BCEC stands for Boston Convention and Exhibition Center. However, even after hearing that, I can honestly say I still did not completely understand what this building was. Then, a few weeks ago I learned that it was a government building that the Jcal offices resided in. It all became even more confusing to me, as Jcal is a separate company. So, I decided to do some digging to better understand exactly what this building is that I work in and the functionality between the building and JCALPRO.

To fully understand all of this, I took all the different names, groups, and organisations I have heard since starting here and looked into each of them to figure out how the hierarchy worked. Allow me to explain – Signature Boston is the name for the convention and meetings collective that occur in Boston, and it includes the MCCA and BCMC. These are the Massachusetts Convention Center Authority and Boston Convention Marketing Center, respectively. Signature Boston is more a representative, it is a name that acts as an umbrella, under which are the organisations that conduct the conventions that occur in the city.

The MCCA is the next level, and name that I had to familiarise myself with. The MCCA owns and operates multiple facilities, of which include the BCEC, The John B. Hynes Veterans Memorial Convention Center, the Mass Mutual Center, the Boston Public Garage and the Lawn on D. The Hynes is another location where we help to put on many different exhibits and shows.

The Lawn on D is an outdoor space that the city of Boston created to promote the enjoyment of music and the outdoors in Boston. You can read more about this in one of Josie’s past posts, “Not Just A Lawn on D, THE Lawn on D”. But feel free to enjoy this fabulous photo I took of the space during one of my first weeks here, on a beautiful sunny morning. 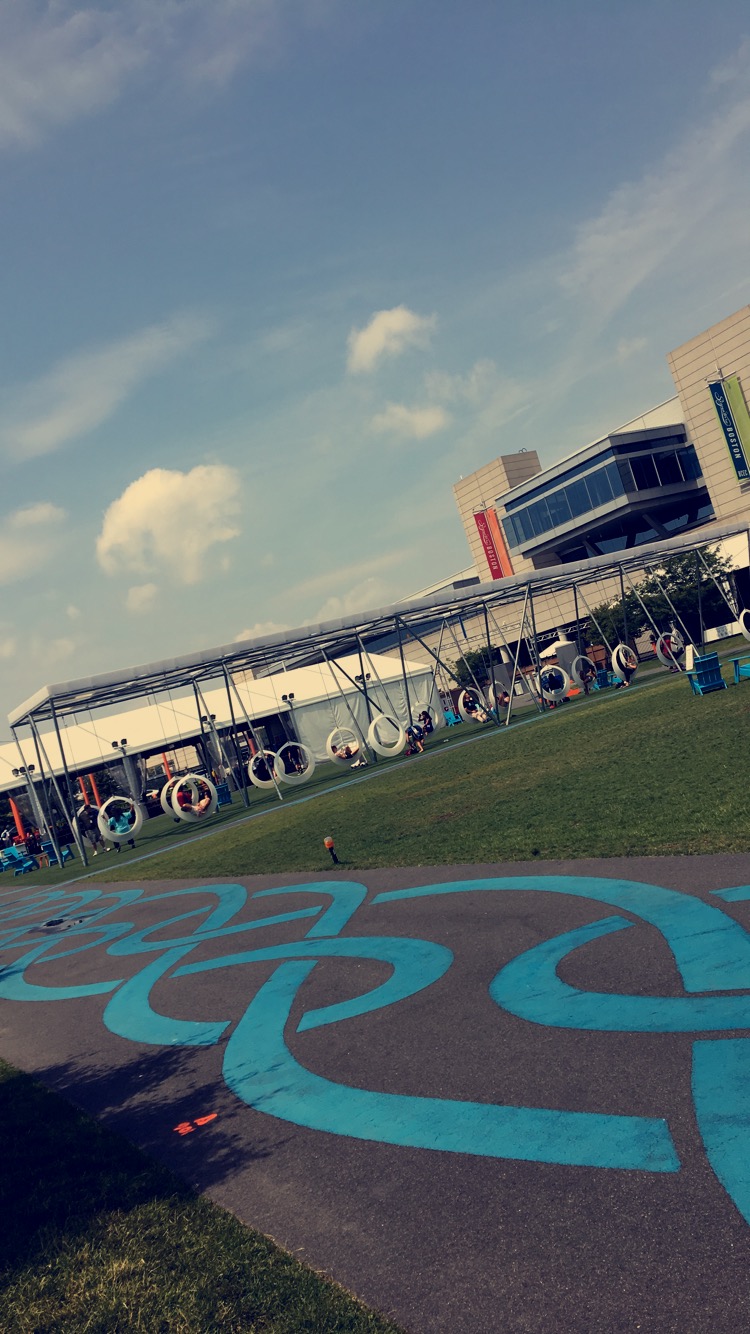 But back to the BCEC…

The building consists offloors. Level 0 is the exhibit hall, which you have to go down to get to upon entering the building. Level 1 is the lobby entrance and many meeting rooms. Level 2 has more meeting rooms around the perimeter, and finally level 3 has even more meeting rooms and the ballroom, where we have had speakers as glamorous as the Obamas! Unfortunately, this was before my time here, so I was unable to do any peaking. However, from my understanding, security was rather tight that day. I know, it’s very surprising. Anywho, the Jcal offices are located on the main floor where the lobby is also located, which also holds the food court and Sam Adams pub which are open when exhibitions are taking place in the building. The reason that levels 1 and 2 only have meeting rooms and offices around the perimeter of the building, is due to the 100ft ceilings that the exhibit floor has. This is, in part, how we were able to work out the contract to be the building’s exclusive rigging company. When the owner, Jimmy, initially pursued the contract in 2004, he was a desirable candidate due to his experience in rigging. Many of the competitors had plans to do their rigging from the bottom up, or rigging via lifts. However, the 100ft ceilings in the building make doing this difficult and costly. Jimmy, however, had plans to rig from the top down, which he had experience in doing. This means, hanging truss, motors, and cable from the ceiling, and dropping them down to attach to signs, lights, etc, then having them be pulled back up. The high ceilings, and copious amounts of glass on said ceilings, also created a sound issue. We were asked to create a plan that would improve the sound quality of the hall, which is when we moved into the drapery business. Using thick, black drape to cover the glass creates a sound baffling effect, and another reason for the BCEC to see this company as a desirable asset to keep around, as well as expanding our fields of expertise.

Thus, we were able to get the contract with the BCEC as their exclusive rigging company, and then move our offices into the building. It makes sense that we be located here, where all of our riggers are working, and where many events take place, so that we are on scene should anything go wrong or our attention be needed. Take Brendan, for example. Brendan used to work on the floor with the guys doing electrical work. Eventually, a position became available in our offices for the lighting management position, which he moved in to. However, he is always here, on site, should the guys or any exhibitors need his help, he is readily available. Go Brendan.

So, what I take away, is that the BCEC is just a giant space where a massive array of events take place. As we are a primary part of how those events are able to happen, which has led to our 14-year partnership with the BCEC. Because of this, thousands of events and millions of exhibitors have been able to receive trustworthy, accident-free aerial rigging with the most experienced and hardworking riggers the business has to offer

I know I have been saying ‘we’ and ‘us’ and ‘ours’ a lot when I am only a six month intern. But what can I say, when you spend a morning intensely over decorating someone’s desk space for their birthday, you just feel like a part of the group. 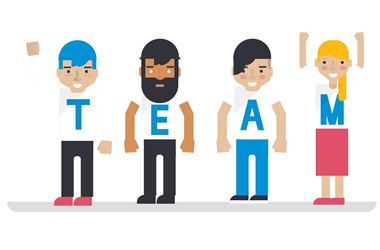