My name is Lauren. As was Josie, I am a Northeastern student who is co-oping with JCAL over the next six months. First and foremost, Josie was, I believe, a creative writing major. I am not, so, to the vast JCAL/Josie fandom, I must apologise. The next six blog posts will be coming from someone who changed their major three times, left school for a year, and landed on Environmental Science with a Maths minor. AKA – Josie’s writing will likely be far superior to mine. 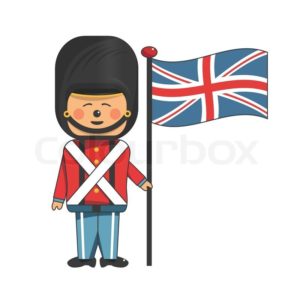 Now, before you find yourself filled with rage and/or confusion when you read my writing, let me clear some things up. While I was born in the U S of A, and am currently living in New England, I was raised in England, Old England. Thus, I throw the letter ‘U’ into words where you might not, I often use ‘S’ instead of ‘Z’, I say ‘maths’ instead of ‘math’ (because it is short for ‘mathematics’), and I say ‘quite’ quite often. Sorry. You’ll get over it.

I am sitting here writing this after having just finished my first month at JCAL, so let’s dive into some of the things I have learned and my first impressions, shall we? (That was rhetorical, you do not have a choice in the matter)

First, after reading Josie’s blog posts, I found myself poking around the JCAL event files on my computer. I have to say Josie, if you’re reading this, you really did win on the events. Of course, all events are beautiful in their own way. However, I can’t lie, boat shows, car shows, anime convention, tattoo convention, PAX, or the Boston ballet might peak my interest a tad more than some of the business conferences taking place around this time of the year. I can admit, though, that the Gillette concerts are pretty exciting. Taylor Swift took place last weekend and we have Jay Z/Beyoncé coming up. I mean truly, signs and lights are cool, but what beats a Beyoncé flame thrower? (The answer is nothing, nothing beats a Beyoncé flame thrower) I cannot deny that this company seems to do some incredible and exciting things, and regardless of the events, watching a bunch of guys hanging from the ceiling is never boring.

So what else has gone on in your first month Lauren? (Again, I know you’re not asking, but I am creating a narrative. I think it’s going well.) 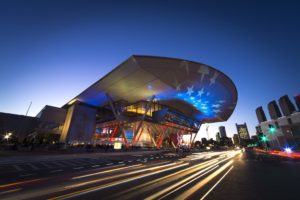 Well, I met a bunch of the riggers we employ. Some of whom, even recognised me from my other job – and yes, I do work multiple jobs because being a university student in the heart of Boston is not cheap, to say the least. Of course, I also met the entire office team, and what a great team it is. Maria and Paige are stuck sharing an office with me (I lucked out of the office with no space due to the massive fern taking up the entire room – a fern that Jen has to wheel out into the sunlight each day). The ladies play light background music in the office, let me borrow their highlighters, and today we had some Danish pastry and birthday cake. I think it is safe to say that I will enjoy the next six months here.

(OH, and I did learn a bunch of new information about my in-office tasks, but Josie already briefed you on the specs for the Basic Rigging Package, so I think we can gloss over all of that information for now.)